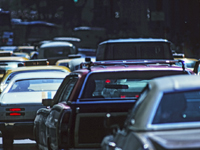 Every time you get behind the wheel of a vehicle you take the chance of being involved in a life changing accident. Depending on the severity of the accident, you could be dealing with severe debilitating injuries and mounting medical bills. For this reason, all responsible drivers obtain liability insurance to prevent them from having to pay out of pocket for the injuries they may have caused during a motor vehicle accident. Life, however, is full of irresponsible people. In Maryland, there are many drivers who ignore the law and their responsibility to obtain proper insurance on their vehicles, even though they run the risk of being cited or held personally liable for injuries caused by their refusal to purchase car insurance. There are also those who simply flee from the scene of an accident in order to avoid responsibility for the injuries that they have caused to an innocent person, whether a pedestrian or another driver.

If a person is involved in a car accident with a driver who leaves the scene of the accident, does not have insurance, or has insurance with coverage that is insufficient to cover the injured person's damages and losses, the only way that there can be compensation for the damages and losses caused to the injured person is if the injured person has uninsured/underinsured motorist coverage. If the other driver has no insurance or left the scene of the car accident, then your insurance company must pay for all of your damages pursuant to uninsured/underinsured motorist coverage of your policy, including damages caused to your vehicle and compensation for your injuries and other losses, such as medical expenses and lost wages.

If you or a loved one has been injured in a vehicle-related accident because of another driver's carelessness or negligence, and the driver at fault has inadequate insurance or no insurance at all, it is important that you speak to an experienced personal injury lawyer who can successfully handle your case. Our attorneys have successfully represented clients who have sustained property damage or personal injuries in car accidents, motor vehicle accidents, truck accidents, vehicle rollovers, SUV collisions, semi-tractor crashes, as well as accidents involving insured motorists, uninsured drivers, underinsured parties, drunk drivers, and hit and run drivers. Please call Lebowitz & Mzhen Personal Injury Lawyers at (800) 654-1949 to schedule your free, no obligation consultation). You can also contact Jack Lebowitz or Vadim Mzhen by e-mail.

Practice Areas
Client Reviews
★★★★★
Throughout the process [of the motor vehicle collision case] you were available, responsive and up front. You were available for my questions, and my need for reassurance, and when the opportunity arose to better the outcome of my case, you did not shy away from the extra work. You have proven yourself to be an honest, realistic and caring advocate for the little guy in need. I will refer your firm to any who may be in similar need. John C.
★★★★★
I can't thank you enough for your efforts and dedication to resolving my case. I also want to thank you for your consistent professional manner, touched with that extra personal care that I sensed whenever we communicated. . . . You are a wonderful person and I wish you continued success. Again, thanks for everything. Hallie W.
★★★★★
I am proud to have had Lebowitz & Mzhen represent me in an automobile personal injury case I was involved with. Not only did they come through with a settlement worth far more than I thought possible, the entire office was always friendly, knowledgeable, and ready to answer any questions I had. Should an incident like this occur again, I will not hesitate to contact Lebowitz & Mzhen for their counsel, advice and representation, and I would wholeheartedly recommend them to anyone seeking honest and effective attorneys. Mark B.
View More
Submit a Law Firm Client Review
Contact Us